Not so long ago people used pens and papers to create documents; manually calculated and tallied the expenditure statements; drew meticulously in OHP sheets for presentations? The development and popularity of office productivity programs has completely revolutionized the way offices function and has almost made the methodologies adopted a couple of decades back obsolete. The multi-dimensional functionalities of these application programs have made them a necessity for every kind of industry.


From the day of there inception as a tool for office administration, these programs have been refined, restructured and written over and over again to meet the growing demands. Probably, Microsoft’s office has been the winner by and large; but it hasn’t stopped its competitors from coming up with programs that are equal and in some cases superior in functionality. Here we will discuss the four main players in the market by mentioning their top features and the ways in which one is more suitable than the others. 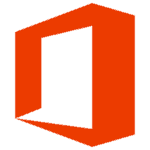 Microsoft Office is the most popular productivity suite with over 500 million users worldwide. It is compatible with both Windows and Mac operating systems. The Office 365 service is the non-PC, cloud based version of Office and it allows you to operate the application program in phones, tablets and iPads. The most used programs in the Office’s arsenal are Word, Excel, PowerPoint and Outlook. The abundant formatting options in Word, alluring designs in PowerPoint and the robust functionalities of Excel has definitely made office operations much easier.

However, this closed-source package has certain limitations like poor support for importing many graphics formats, layout problems in Word, lack of support for spreadsheet comparison, no auto-completion in Excel and the absence of work-around for XHTML or HTML conversion in PowerPoint, to name a few. Also, this application program is not free. Although The complete Microsoft Office Package is offered at a discount for student edition the full priced commercial edition is outside many peoples budget. Office 365’s package offers a monthly or yearly subscription. Also, you need a subscription to use Office 365 in Android and iOS devices.

Weighing up the functionality and the shortcomings, Microsoft’s office is clearly best suited for offices, commercial enterprises and schools that require high-level functionality and want to seamlessly manage their works across mobiles, PCs and tablets.

iWork is Apple’s answer to Microsoft’s office. It is an Apple proprietary product that is built to run only in MAC operating system. iWork boasts of providing an intuitive user interface that is as simple as it can get. The easier menu and formatting options are a boon for people who have just started to learn about these programs. Pages is a much cleaner and simpler Word Processor program that has all the layouts and formatting options required to create and maintain documents. The MS Excel equivalent of iWork is Numbers which has similar functionality to Excel put together with complete control over the fonts and design used. Keynote is the presentation program of iWork that possesses rich designs, better animations and audio-video integration. The biggest advantage of them all is it is free for people owning a MAC device.

The main problem while operating in iWork is the lack of compatibility of the file types. It is difficult to open or save an Office document in iWorks without importing or exporting certain functions. Unfortunately, this is as difficult as it sounds. There is this danger of a few components of the original documents disapearing during this transition. Because iWork has a smaller ecosystem as compared to Office, this might be a big problem in the longer run.
pages As mentioned earlier, iWork does everything that Office does with much more clarity and simplicity. If you are a MAC user and your needs are limited to only medium range of functionality then iWork could be the choice for you.

Google came with an application suite solution known as Google Drive that lets you create and manage your works online. Google Drive is a whole package with individual apps – Docs for word processing, Sheets for spreadsheet functionality and Slides for presentations. All these applications run together in the Google Drive ecosystem. The biggest advantage of this package is all that you need is a Google account to access all these applications. It is free, it is online and it can be operated from almost anywhere. The capabilities of Docs, Sheets and slides for various operations are as competent as iWorks or Office but with limited sophistication. The sharing option allows you to share your documents or spreadsheets anywhere across the globe almost instantaneously. Google Drive also provides other features like form tool that allows you to build an online survey that stores results in a spreadsheet, create PDFs, fax documents etc.

But one major aspect that we need to worry about working in Google Drive is that you should be online, at least for creating a new document. While there are options available to edit your works offline, you would still need an internet connection for synchronization. So this would be a disadvantage when all you have is a stand-alone PC. So Google Drive is best suited when you want the information to be processed immediately and to be shared on the fly.

Libre Office is a free and open-source application program. It is the forked version of OpenOffice with programs to cover all the functionality of Microsoft Office. Libre Office is available in over 110 languages and is slowly gaining popularity. Being an open-source program, this is considered as one of most sophisticated office suites available. It is available across Windows, Mac and Linux platforms and it has the capability to run on USB flash disks without any installation. The word processor in Libre is known as Writer; spreadsheet tool is known as Calc and the presentation tool is Impress. The functionality of these tools are akin to that of its Microsoft or Apple equivalents and in some cases, even better.

Being built in an open source environment has its short-comings. The presentation app has only a few themes and the customizable tool bars doesn’t adjust to your most-frequented options like it does in MS office. Libre office is suitable for tech-savvy people who strongly believe in the open source system.