Math is LibreOffice’s component for writing mathematical and chemical equations. It is most commonly used as an equation editor for text documents, but it can also be used with other types of documents or as a stand-alone tool. When used inside Writer, the equation is treated as an object inside the text document. 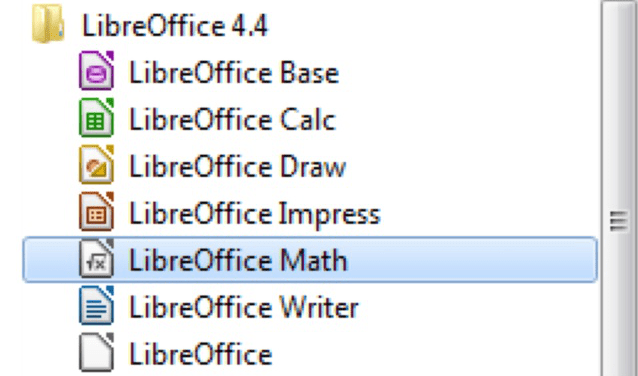 When Math is started, the main window opens which has been shown below. 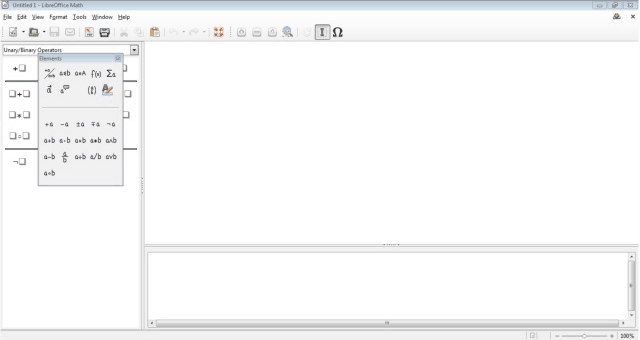 The top-most portion shown in the above illustration is the ‘Main Menu Bar’. This is the most important menu bar in the Math application and most of the operations in Math can be performed from here. In this tutorial, we are going to use the main menu bar for performing a variety of different operations.

The upper area in this window is the ‘Preview Window’, where the equation will appear during and after input. The lower area is the ‘Equation Editor’, where the markup code for the equation is entered. The floating ‘Elements’ window has also been shown which is used for entering the formulas into Math equations.

To close Math, simply click on the ‘white cross icon with red background’ on the upper right corner of the Math main window screen. This will close Math.

You can open multiple instances at a time in Math. In such a case, to switch between these instances, just click on the ‘Math’ icon on the task bar of your computer. This icon will always get displayed whenever you are running Math on your machine. 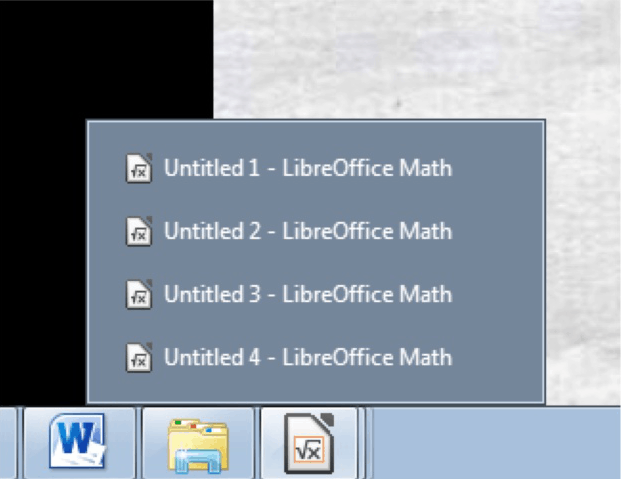 When this icon is clicked, then the names of all the active instances get displayed as has been shown above. Simply click on the name of the instance which you want to open and that instance will get opened. You can switch between different instances using this method.