A two-level nested function means that we use another function as an argument for a function. We’ll take this with the help of an example. Say we are using a ‘SUM’ function. We can input numbers as the arguments manually or we can input cells or data ranges by using the ‘Select’ icon. 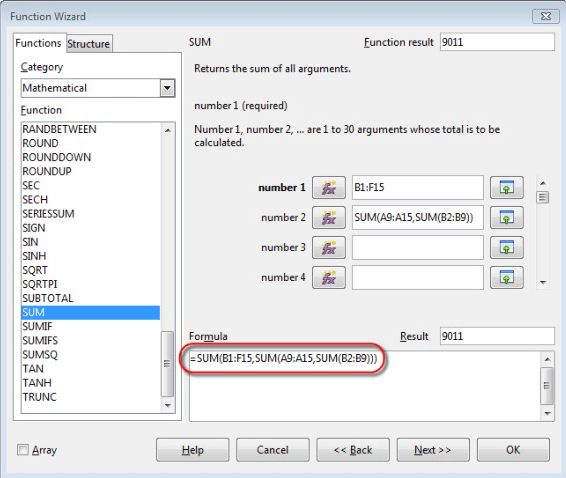 Under the structure tab of the ‘Function Wizard’, we can see the levels of nesting very clearly. This shows how one function comes under another function and helps us in understating the nesting in a better way. This has been shown in the below given illustration. 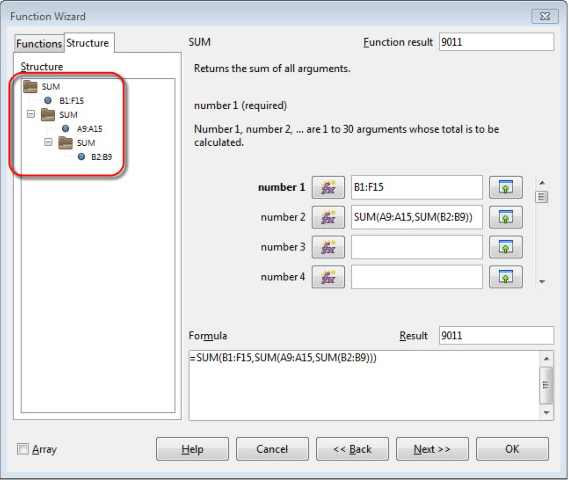